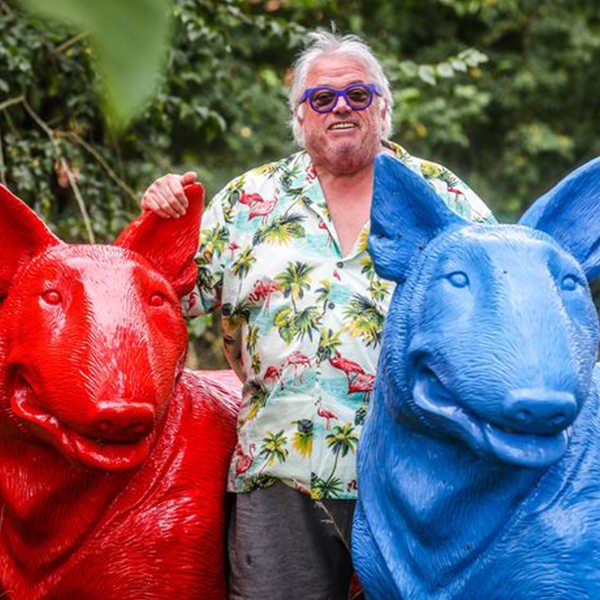 William Sweetlove, born in Ostend, Belgium, in 1949, unites Dadaism with surrealism and pop art in humoristic sculptures that at first sight may seem kitschy. However, closer familiarity with his works reveals their role as a creative antidote to the overproduction and overconsumption of our society. With his cloned animals William Sweetlove calls for greater ecological awareness and urges us to reflect on the consequences of the climate change which challenges humanity. His cloned dogs wear boots since the sea level rises and the penguins carry water bottles since we are running out of drinking water. William Sweetlove has had exhibitions at art fairs, galleries and museums all over the world. His works are found in several private art collections.