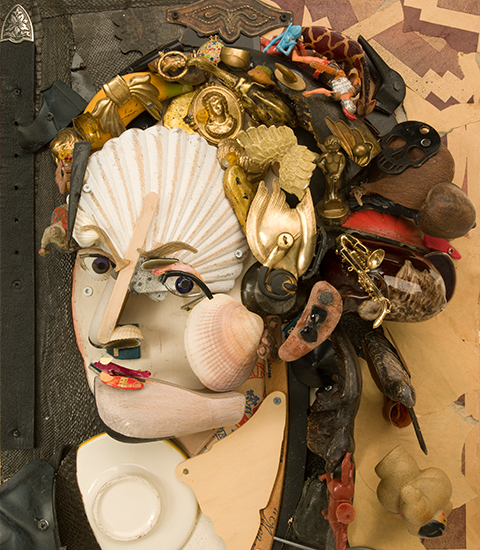 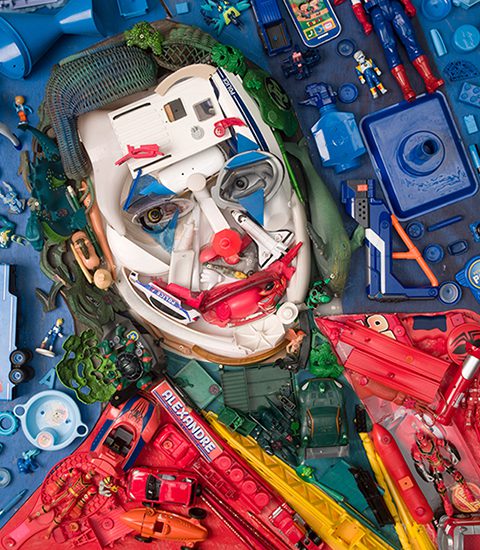 Bernard Pras is the son of Jacques Pras, a cyclist from Jarnac , in the 1940s and 1950s. Raised partly by his grandmother who ran a grocery store and who introduced him to art, he briefly studied mechanics. to enroll in the Beaux-Arts in Poitiers and then in Toulouse . Graduated in 1974 from the Beaux-Arts in Toulouse, Bernard Pras became an assistant teacher in several colleges before resigning from the National Education. His artistic activity then turned to engraving at Claude Manesse.

At the end of the 1980s, after some years of doubt and research into the form, he began to find his own artistic path by developing the principle of aquaengraving, and then in 1994 by creating installations and assemblages of heterogeneous objects on the Arcimboldo’s way, whose overall composition only really takes shape for the viewer through photography that recreates the flat image desired by the artist. The first major exhibition took place in 1998. This principle of anamorphosis has been the thread running through the artist ever since, trying out larger and more elaborate installations in the form of various inventories that reinterpreted various known images of the artist. art history (Crucifixion, van Gogh, Francis Bacon…), and of contemporary society (portraits of Albert Einstein, Marilyn Monroe, Che Guevara, Mickey, Jacques Dutronc…).
BUY ARTWORK