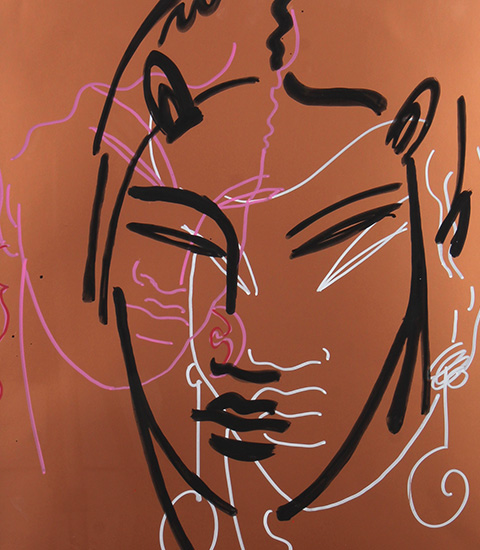 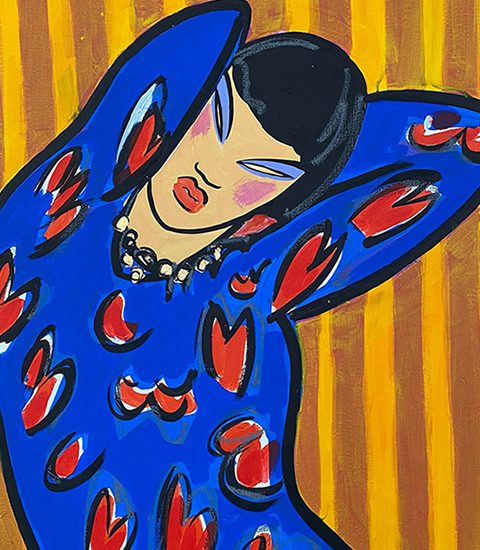 André Van Schuylenbergh (born 1952 in Aalst, lives and works in Aalst) achieved fame for his specific lines in painting the female silhouette. This is the result of a far-reaching stylization of a women’s head. A preference for ethnic art and grandmasters such as Picasso, Miró, Warhol and Basquiat influenced him in the evolution of his oeuvre. Not only his own wife was his artistic muse, but an adoration of the exotic woman in general.

Van Schuylenbergh has been working since the beginning of his career in 1973 in the line of influential movements such as pop art and the neo-expressionist “Neue Wilden”, in a powerful and energetic color palette. In recent years André has rediscovered his own form of realism. Flowers, landscapes and his family are his biggest source of inspiration.
BUY ARTWORK