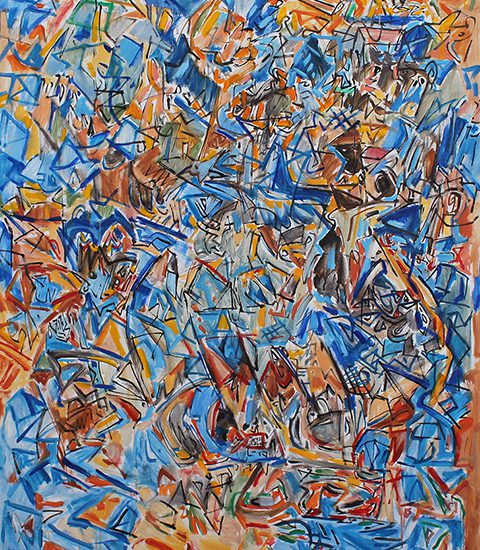 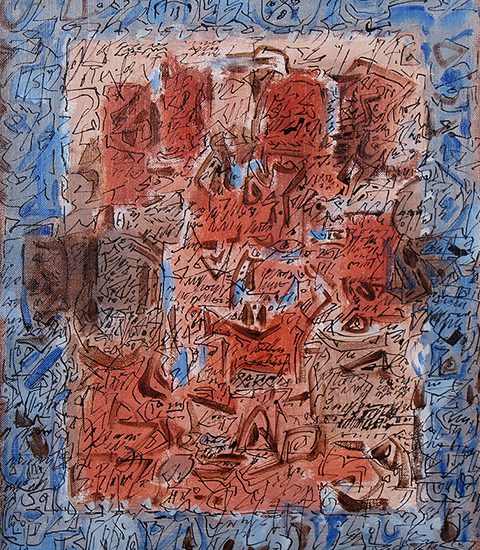 Born in 1946 in Maghnia (Algeria), Mahjoub Ben Bella moved to France to first continue his studies at l’ Ecole des Beaux Arts de Tourcoing’, then at the Decorative Arts School in Paris and finally at Beaux-Arts in Paris.

Ben Bella represents the pulse of the Northern part of France. He plays an important role in urban life, he is a great leader and a visual magician. The artist has painted 12 km of cobblestones, bringing light in the “horrible Paris-Roubaix”. He has painted 400 square meters of facades in the center of the city of Lille. he doesn’t miss any public event: theater plays, Ballets du Nord, local institutions, etc. He is the kind of painter that can intervene and brighten public space when the city loses its colors.

Mahjoub Ben Bella has learned a lot during his exile, but did not forget his culture of origin; he is engaged in the Occidental version of art. It is by taking advantage of this double heritage that he can define his own mental and physical space in his new country of residence. Ben Bella’s signs took their distance from his original graphic language dictated by Arabic caligraphy, and each of his canvases is a brand new adventure, a space where the artist reinvents or renews painting.

Mahjoub Ben Bella is present on many scenes artistic since 1970 ; he has had numerous exhibitions in the entire world: in France, in Europe or in Canada, the US, England, Kuwait, Russia, Egypt, Jordan, Tunisia, Morocco, etc.).