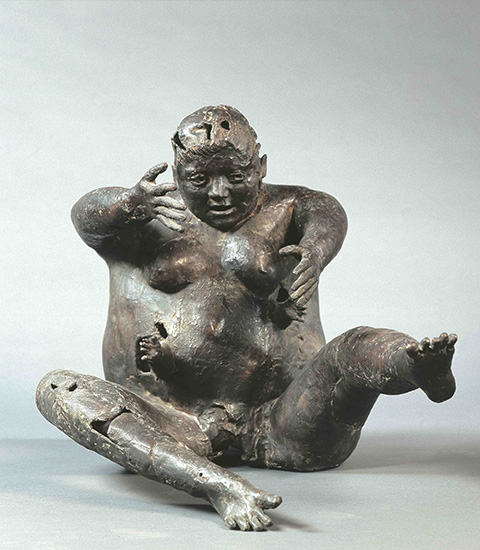 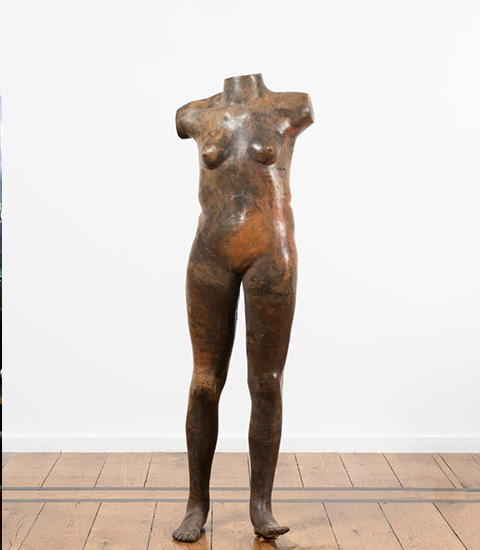 José Vermeersch (1922-1997) to
ok lessons at the Kortrijk Academy from 1934 to 1941 and subsequently enrolled at the Antwerp National Higher Institute of Fine Arts (HISK). He followed a course there with Walter Vaes. In 1944 he went to study again and enrolled in the course “painting after living model” at the aforementioned Antwerp Institute, led by Constant Permeke.

He settled in Lendelede in 1963 and first installed himself as a painter, after which he concentrated on figures of ceramics. His entire oeuvre bears witness to an authentic search for existential truths, which he tries to shape with brutal, free gestures, which redraw the comforting traits of his fathers, his mothers, the fruits of his friendships. Painting was the basis of his terracotta sculptures. José Vermeersch presents these well-known images in a unique way. He starts at the feet and from there piece by piece molds all body parts from thin layers of clay. As the base dries and can offer support, the whole picture grows from it. Vermeersch often uses different types of clay together, creating a marbled effect. He learned to cast bronze in Arzo, Italy.

In 1973 he became a member of the Royal Academy of Sciences, Arts and Fine Arts of Belgium. In 1979 he organized his first field oven in Reninge, which he repeated in 1985 in Lendelede. He represented Belgium at the Venice Biennale in 1983, exhibited from 1983 onwards. at “Museo Arte Moderno” in Mexico City, “Kunstmesse” Basel, “Stanford University Museum” San Francisco “Orangerie de Bagatelle” in Paris and “Frans Hals Museum” in Haarlem. The human figure is central in both his paintings and his sculpture.

As found on: https://www.atelierjosevermeersch.be/over-jose-vermeersch.
BUY ARTWORK